US hospital chain took thousands of patients to court during pandemic 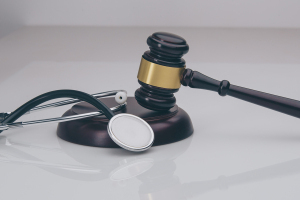 One of the largest hospital chains in the U.S., CHS has filed at least 19,000 lawsuits against patients over allegedly unpaid medical bills since March 2020. Its six Alabama hospitals filed at least 4,900 lawsuits during all of 2020 and the first four months of 2021, reports CNN.

“Before initiating legal proceedings, our hospitals make repeated attempts to contact patients — often ten times or more — to communicate with them about their bill. Our hospitals do not sue patients we know can’t pay for their care, but they must rely on these patients to engage with them to demonstrate their financial status,” CHS told HCB News.

While other U.S. hospitals have curtailed lawsuits during the pandemic, CNN’s review showed CHS hospitals have filed suits ranging from $201 to $162,000. Most sued did not hire a lawyer or fight the suits, with judges often ruling in the company’s favor by default. Following judgement, the company’s subsidiaries would seize defendants’ paychecks to pay off their debt. In some states, attorney’s fees and interest were added to defendants’ debts.

CHS maintains that litigation is a last resort, and that it only sues a “small fraction” of the patients every year. It says it provides assistance to those who cannot afford their bills and that it does not sue anyone it knows has lost their job due to the pandemic. The company recently implemented a policy in which it will not sue anyone under 200% of the Federal Poverty Level, which equates to $25,760 for an individual.

Many patients, however, do not fill out a form to report their financial situation that could make them eligible for reprieves or other forms of aid, it says. “Our hospitals do not desire to file collection suits against any patient who cannot pay for his or her care. However, we have discovered throughout the years that many consumers who have the ability to pay at least a portion of their outstanding balance choose not to,” said CHS, adding that it provided patients about $1 billion worth of “charity care” in 2020, which is not paid for.

Of the more than a dozen people interviewed by CNN, most said they tried to negotiate with the company’s lawyers, collection agents or the hospitals directly but found them unresponsive or unwilling to settle. CHS is more likely to engage in lawsuits than most hospital groups, and their financial aid policy does not do as much as it should, according to Dr. Marty Makary, a surgeon and Johns Hopkins University professor who has studied hospital lawsuits around the U.S.

"It's completely blind to the relentless, aggressive, predatory nature of debt collection on the ground,” Makary told CNN.

Based in Nashville, CHS operates 84 hospitals in 16 states and was ranked in 2020 as one of the ten largest hospital chains in the U.S. by Becker’s Hospital Review. Roughly three-fourths of its hospitals have filed at least a dozen lawsuits against patients since March 2020.

CNN’s review was limited to cases in which individual people were sued and were only related to debt, collections or monetary claims. It says the number of suits it recorded is likely undercounted due to it not being able to acquire all court records from all counties where CHS operates a hospital.