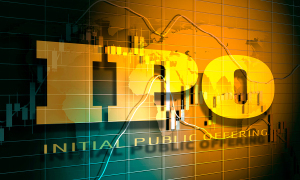 The Shanghai-based company is said to have hired CITIC Securities and China International at the end of the last year to prepare a possible domestic listing on China’s Nasdaq-like STAR board. The company could go public as soon as later this year, reports Bloomberg News.

People familiar with the matter, who asked to remain anonymous, say deliberations are ongoing and details such as fundraising amount and timeline are subject to change.

Following the publication of the Bloomberg News story, a spokesperson for United Imaging said the company has not considered a Hong Kong IPO at this time. Another representative earlier said the company has signed an agreement for STAR board IPO guidance and started procedures for such an endeavor but made no mention of any potential Hong Kong listing. The size of the fundraising and timing of the IPO will be available in the company’s prospectus, according to the representative.

United Imaging was founded in 2011 and made its U.S. market debut at RSNA in 2018. It manufactures CT, X-ray, MR and PET scanners among other technologies, as well as radiotherapy equipment.

It previously raised $500 million in 2017 in an investment round led by China Life Healthcare Fund and SDIC Fund Management Co., with the fundraising valuing the company at about $5 billion, according to Bloomberg News.

It also collaborated with the University of California, Davis to develop the uExplorer total-body PET/CT scanner, the first in the world capable of producing a 3D image of the entire human body at one time. The scanner was FDA cleared in 2019.