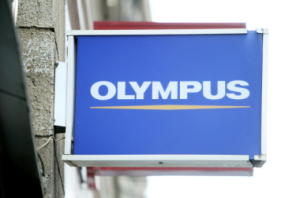 Olympus Corporation has acquired Medi-Tate, an Israeli manufacturer of urological technology, for $260 million.

The addition of Medi-Tate’s flagship product, iTind, expands Olympus’ stake in the market of in-office treatments for benign prostatic hyperplasia. CE marked and holding FDA de Novo authorization, iTind is designed as a minimally invasive solution for BPH, a common condition in aging men that is the most common cause of lower urinary tract infections.

iTind is a temporarily implanted nitinol device that is placed in the prostate in a folded configuration and slowly expands and exerts gentle pressure at three precise points to reshape the prostatic urethra and bladder neck. After five to seven days, the solution is removed and leaves a wider opening through which patients can urinate more easily to relieve BPH symptoms. No hospital stays are required.

Unlike all other available treatment options, no heat or permanent implant is used with the iTind procedure, so there is typically no need to leave a Foley catheter in the urethra following the procedure. In addition, iTind has a short learning curve, requires no new capital investment and no general anesthesia.

The treatment can be performed by a urologist in an outpatient hospital, ambulatory surgery center or a physician’s office. Such procedures are expected to become more frequent because the disease is predicted to be seen more as the general population continues to age. Nearly 80% of men are predicted to be diagnosed with it in their lifetime, especially in older ages, according to the American Urological Association.

“We believe Olympus appreciates our focus on long-term clinical results and dedication of the entire Medi-Tate team,” said Ido Kilemnik, chief executive officer of Medi-Tate. “We are pleased to be joining Olympus, which shares our vision of making iTind the global standard for BPH treatment.”

Plans for the acquisition were based on a definitive agreement drawn up in 2018 where Olympus acquired a 17% minority stake in Medi-Tate with an option to buy the remaining shares of the company.

iTind is also for sale in the U.K., Israel, Australia and Brazil.