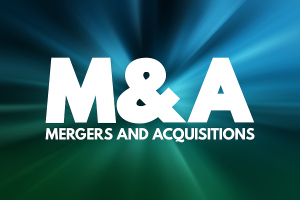 In a filing last Friday, Nuance told the U.S. Securities and Exchange Commission that the deadline for the government to object to the deal expired on June 1, according to Reuters.

The expiration "satisfies one of the conditions to the closing of the merger," said the company in the filing.

Microsoft began the process of acquiring the AI and speech recognition company in April when it offered an all-cash payment of $16 billion upfront — $19.7 billion when including net debt. The deal is Microsoft’s second-largest to date, behind its 2016 acquisition of LinkedIn for $26.2 billion.

The company plans to use Nuance’s AI solutions to enhance the offerings of its Microsoft Cloud for Healthcare, which has a range of capabilities for managing healthcare data at scale. Among these products are Dragon Ambient eXperience, Dragon Medical One and PowerScribe One for radiology reporting. All are built on Microsoft Azure and are designed to recognize and transcribe speech in doctor office visits, customer service calls, and voicemails, and can integrate with EHRs to reduce clinical documentation.

The two initially partnered in 2019 to automate clinical administration work including documentation. This paired Nuance’s solutions with those of Microsoft, including Microsoft’s Azure, Teams, and Dynamics 365 solutions to support customer engagement and enhance security.

Approved by both companies’ boards of trustees, the acquisition is expected to double Microsoft’s total addressable market in the healthcare provider space and raise it to nearly $500 billion.

“To seize this opportunity, we need the right platform to bring focus and global scale to our customers and partners, to enable more personal, affordable and effective connections to people and care,” said Mark Benjamin, CEO of Nuance, in April.

Upon completion of the deal, Benjamin will remain CEO of Nuance and report to Scott Guthrie, executive vice president of cloud and AI at Microsoft.

The deal, according to a Microsoft spokesperson, is undergoing regulatory review in other jurisdictions and is expected to be completed by the end of 2021.