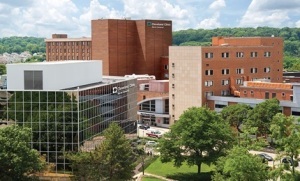 Akron General Health System has agreed to pay $21.25 million in settlement of allegations of improper payments and billing that purportedly occurred prior to the health system being acquired by Cleveland Clinic in late 2015, according to a July 2 announcement from the Department of Justice.

The lawsuit was brought in 2015 by Akron’s former director of internal audit, Beverely Brouse, under the False Claims Act, which allows a whistleblower to bring suit on behalf of the federal government in exchange for, typically, between 15% and 30% of any recovery.

In addition to allegations related to compliance, Brouse also indicated that she had expressed concerns related to being terminated from her position shortly after Cleveland Clinic took over in 2015.

“I raised in good faith issues regarding arrangements that AGHS had with certain physician groups," she said. "Those arrangements are discussed in the settlement agreement reached with the Department of Justice. I also had concerns about my termination from AGHS. I am pleased that DOJ, Akron General and I were able to resolve these matters.”

In its announcement, the DOJ explained that the compensation terms were arrived at partly in consideration of Cleveland Clinic’s cooperation in voluntarily disclosing documentation to support the alleged impropriety by Akron’s previous management.

"We are committed to compliance with healthcare laws and regulations throughout our organization, and every employee is responsible for following the standards of our code of conduct," Cleveland Clinic stated following the announcement.

Though this case arises from activity that occurred prior to Cleveland Clinic’s involvement, the announcement comes at a time when Cleveland Clinic, among many other hospital providers, is facing heightened judicial scrutiny of their billing practices.

The lawsuit filed by Brouse’s attorney, Warner Mendenhall, alleged that between 2010 and 2016 Akron provided improper payments to physicians in exchange for referring Medicare and Medicaid patients to services within its health system and then illegally billed Medicare for those patients’ care, purportedly in violation of the Anti-Kickback Statute, the Physician Self-Referral Law, and the False Claims Act.

The Physician Self-Referral Law, AKA the Stark Law, prohibits referrals between healthcare providers who share in a financial relationship unless the situation falls under one of many enumerated exceptions. In recent years, the law has received renewed criticism for causing uncertainty regarding compliance and barriers to efficient disbursement of healthcare services.

In perhaps partial acknowledgement of such concerns, in order to help ameliorate pandemic-induced strain on the healthcare system, in March of 2020 CMS issued blanket waivers exempting providers from 18 specific provisions of the law as long as the regulated activity falls under one of several COVID-19 related purposes.