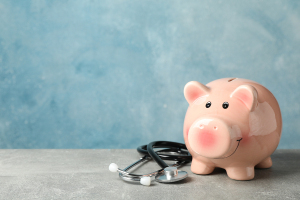 That’s what the healthcare think tank Lown Institute found in the findings of its Lown Hospitals Index 2021 Community Benefit report, which showed a deficit of nearly $17 billion invested in communities by their nonprofits. Investments in community health can help low-income families get financial assistance without going into debt, keep people from delaying care they cannot afford on their own, and address upstream social determinants to keep people from getting sick in the first place.

"The biggest reason a hospital wouldn't invest their fair share is that they don't have to. The IRS requires hospitals to spend on community benefit, but it doesn't specify how much. If hospitals can receive a huge tax break no matter what they spend, it makes sense that many would choose to just spend the bare minimum," Aaron Toleos, VP of communications at Lown Institute, told HCB News.

The report, for the first time, calculated fair share deficits by comparing each hospital’s spending to the value of its tax exemption. Those that invested at least 5.9% of their overall expenditures in charity and community were considered to have spent their fair share.

Of the 2,391 hospitals assessed in this part of the study, 72% had a share deficit, from a few thousand to $261 million. The ten with the largest fair share deficits accounted for more than ten percent ($1.8 billion) of the nation's total fair share deficit and yet, were listed on U.S. News & World Report's 2020-2021 Honor Roll.

Performance varied widely even among hospitals in the same city, despite facing similar tax rates and catering to communities with similar needs and similar rates of uninsurance. The first step, according to Toleos, for reducing these disparities as well as deficits is establishing more transparency between local hospitals and their communities.

Data sources included hospital cost reports filed with CMS and IRS 990 forms, both from 2018. The full 2021 Lown Institute Hospitals Index is set to launch in early fall and will include rankings across 50 metrics.