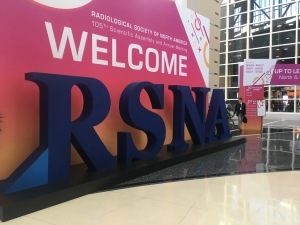 RSNA will not be reimbursed for $30 million in losses it incurred from the cancellation of its annual meeting last November
An Illinois judge has ruled against the Radiological Society of North America’s claim that it should be covered for losses it incurred when it cancelled its in-person annual conference last year due to the pandemic.

"With respect to the ruling on the Motion to Dismiss in the above-referenced case, we are considering the Court’s opinion and corresponding options with our client. We have no further comment at this time," RSNA's legal counsel lead Brian Ledebuhr, of VedderPrice, told HCB News.

RSNA opted not to purchase coverage for communicable diseases, which was offered, and instead chose a policy that contained an explicit virus exclusion. The organization in March accused the underwriters at Lloyd’s of not honoring the terms of the events policy. It said that a fair and impartial reading of the policy led to “outright confusion” as the exclusion was poorly written. It also claimed there was an exception to the exclusion in addition to the exclusion itself. "The communicable disease exclusion is clear and unambiguous in excluding coverage for the cancellation of these events at issue under the policy," Mark Christensen, a representative for the insurers from Christensen Hsu Sipes LLP, told Law360.

While Gettleman acknowledged the exclusion was poorly written due to bad grammar, he ruled that the policy did not contain any exceptions to the exclusion. "The obvious intent is that losses caused by a communicable disease that had been declared a pandemic are excluded from coverage.&quot.

Like past meetings, the 2020 RSNA annual conference was supposed to take place in November and December at McCormick Place convention center in Chicago, and was expected to attract over 50,000 attendees, with over 700 exhibitors. Because of the pandemic it ended up switching to a virtual format for its meeting. The in-person cancellation was the first since 1945 for the organization.

RSNA's meeting will return to Chicago in-person in 2021.