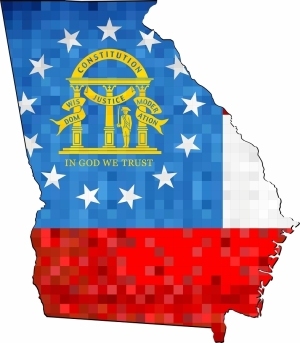 NNU has requested an FTC investigation into whether or not Piedmont Health's proposed acquisition of 11 hospitals is in the best interest of Georgia's public health needs
National Nurses United (NNU) has asked the Federal Trade Commission to open an investigation into Piedmont Health’s acquisition of 11 Georgia hospitals over concerns it would monopolize public health in the state.

The association is worried about the power Piedmont will hold following the acquisitions, especially in the Atlanta region, and the impact it could have on patient access to hospital care. Its request comes the same week as President Biden’s executive order, which calls on the FTC to better antitrust regulation of big monopolies in corporate sectors, including healthcare.

In a letter this week to FTC acting deputy director Heather Johnson and other FDA top staff, NNU wrote that it is “contrary to the public interest for Piedmont Healthcare to gain monopoly power in the Atlanta area” and that the proposed acquisitions “raise significant competitive concerns and often warrant scrutiny,”

It asserts that acquiring HCA Healthcare’s Cartersville Medical Center and Eastside Medical Center alone will increase Piedmont’s market share to 25% in the Atlanta market, and that the acquisition of University Health in Augusta and two HCA hospitals in Macon will give it 49% and 17% of those market shares, respectively. Such actions, it writes, are “red flags” for the market concentration index established by the FTC and the Department of Justice horizontal merger guidelines.

The main concern, according to NNU, is the impact these acquisitions will have on hospital pricing, as consolidation has helped more than double prices over the past 20 years. A recent report by the association found that nationally, U.S. hospitals average $417 for every $100 of their costs, and studies have shown that highly-consolidated healthcare markets lead to declines in the quality of care and increase healthcare prices.

While one of the most competitive hospital markets, Atlanta’s healthcare costs are lower compared to similar major markets, with the average hospital charging $500 for every $100 spent on care. “Nurses have long seen that the effects of monopolization in the hospital industry have led to reduced access to hospital and emergency care through closures, service cuts, and inflated pricing practices, and have sharply contributed to a national health care crisis,” said NNU president Deborah Burger, RN.

Seventy-five percent of U.S. industries are more consolidated than they were 20 years ago, according to Biden’s executive order. This has tripled prices for household necessities and forced people to choose between those costs and medical bills. In 2019, 137.1 million people in the U.S. were struggling with medical debt, and in 2018, 44% skipped medical care due to cost. As many as 78% of adults have avoided hospital visits due to high prices, according to the NNU.

Piedmont Health did not respond to HCB News' request for comment.