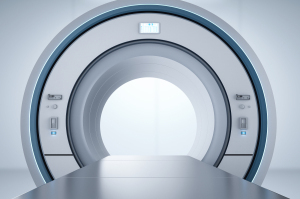 Vikram Abnave, 40, an ambulance driver, had just escorted a patient to Pratham MRI Centre in Bhayandar, India when he was sucked in by the facility's MR scanner and his palm became stuck. The cause of the incident was an oxygen cylinder that Abnave was carrying for the patient, who was on oxygen support, according to Mid-Day, a daily morning newspaper in Mumbai.

“The door of the MR was opened and when I tried to cross the MR room, I felt I was being pulled in after a severe jolt, like an electric shock. I lost my balance and got stuck in the MR machine while the oxygen cylinder was in my hand.”

Managing to remove his hand, Abnave ran out of the room bleeding and in pain. Staff rushed to help him and administered first aid. He was then taken to a nearby private hospital where a small rod was surgically inserted into his little finger, which was smashed in the accident. “The hospital staff told me that the incident could have been fatal but luckily I am alive,” he said, adding that he never knew such a machine could pull him in like that.

Dr. NG Chauhan, the owner of the facility, denied the incident took place, saying that “nobody was injured” and that “only a small piece of metal” got stuck in the machine, but was successfully removed. Radiologist Dr. Dilip Pawar, also initially denied the incident, only to later say that a person did receive a “minor abrasion” on their hand but was “OK” now.

The incident with Abnave is not the first or worst to happen. A technologist back in 2014 was left temporarily paralyzed from the waist down after being pinned with another healthcare worker inside an MR scanner. In 2018, a 32-year-old man died after an oxygen tank he was carrying for his elderly mother was sucked up by the MR machine at a hospital in Mumbai. The incident resulted in four arrests and two staff members found negligent. As with Abnave, both accidents involved oxygen tanks.

Sources at the center told Mid-Day that the facility is operating with limited staff members who have not been made aware of the dos and don’ts of MR machines.

Abnave, who usually drives ambulances only at night, was covering the day shift when the accident occurred. He is worried about having to rest for two months. “I am a poor person and have to run my house. I am the only breadwinner in my family of four, including two sons and wife. One of my sons is a specially-abled child. After my surgery, the doctor has suggested I rest for at least two months to recover fully. How will I work with a broken finger? I don’t know if my job is secure.”