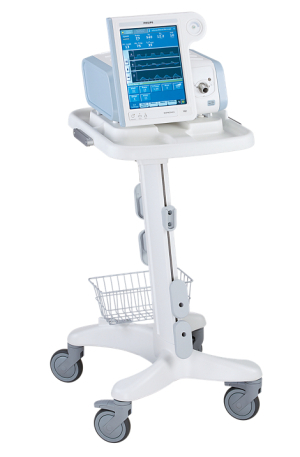 The agency says the use of such devices could result in serious injury or death and reported 61 incidents and 25 injuries on Tuesday that were traced back to the products. No deaths were reported, according to Reuters.

“Philips anticipates releasing a technical correction for this matter, and will notify customers when it is available. Philips is committed to addressing this issue quickly and efficiently, to meet our commitments to our customers and their patients who rely on our respiratory care solutions,” Philips told HCB News.

The ventilators were recalled in June after it was found that they posed the risk of reducing oxygen flow to patients in certain situations. The issue is part of its software version 3.00 and 3.10 upgrades and specifically has to do with a safety mechanism of the High Flow Therapy option that limits both pressure and flow rate when the system hits its maximum limit. The cause is a partial obstruction in the breathing circuit, according to Philips.

Such incidents may result in the need for advanced medical treatment. The company has already received a limited number of reports of the issue, with some cases involving a degree of hypoxemia, and has so far recalled 16,535 devices in the United States, according to Reuters.

It says affected systems are not required to be removed from service and may be continued to be used in accordance with device instructions and a customer safety letter that has been distributed to alert users to, and guide them on how to manage the issue.

New V60 Plus ventilators shipped with version 3.00 or 3.10 software and HFT enabled, and the V60 HFT Field Upgrade Kit are being distributed.

The recall is the second one initiated by the Dutch company this year. It also recalled in June some of its breathing devices and ventilators, as the foam for dampening the machines’ sound was found to be able to degrade and emit small particles that irritate airways.