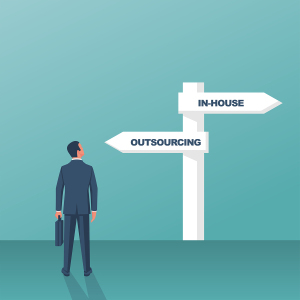 Outsourcing clinical services may in fact result in higher costs for providers and reductions in quality of care for patients
In the last few years, providers have more frequently outsourced clinical tasks to save time and money. But instead of reaping these financial benefits, they may find their spending has increased and that the quality of care they provide has gone down.

In a new study, a group of U.S. researchers discuss these and other risks they observed when outsourcing services in four clinical areas, two of which are radiology and emergency care.

Approximately 50% of radiologists interpret images away from where they were generated, with a quarter depending on off-site interpretations for the majority of their work, according to the study. While associated with decreased costs and time, offsite radiologists lack access to prior medical records, making it harder for them to discern accurate diagnoses. This can lead to unnecessary and costly follow-up testing. In addition, poor communication between them and the ordering physician can further reduce quality and continuity of care.

Some for-profit radiology companies also hire radiology technicians in place of better-trained radiologists to read reports, despite the law requiring every report to be signed by a licensed radiologist or physician. “Physicians employed at organizations that use teleradiology may place less trust in the clinical accuracy of outsourced reports, causing them to spend extra time checking the reports, thereby partially eroding the expected financial savings from outsourcing,” wrote the authors.

Contract management groups in ERs, meanwhile, often come with strict patient-per-hour quotes and place pressure on medical staff to order more procedures and tests, even when not warranted. As a result, 34% of emergency physicians employed by these groups were hesitant to speak out of fear of losing their job, compared to 18% of hospital-employed physicians, according to the study. The authors said this may be concerning due to the fact that two-thirds of ED departments rely on outsourcing and more than half of their physicians work for contract management groups.

In addition, these groups are associated with higher rates of surprise billing and excessive collections, and while claiming to streamline recruitment and credentialing of ER staff, their desire to make a profit may clash with prioritizing what’s in the best interest of patients and staff, say the authors. “Contract management groups are essentially hospital staffing companies, and many of them are private equity (PE) or publicly traded firms. The PE health care model, in particular, is profit-maximizing: It assembles capital and uses it to buy medical practices and consolidate them, with the goals of increasing the company’s value and selling it 3 to 7 years later for a sizable profit.”

The authors say the patient should be the main priority when determining who performs clinical tasks for them. “The secondary aim of pursuing net revenue should itself take a long-term view that accounts for all potential high-stakes downsides of outsourcing core health care services. Only then will a healthcare organization avoid the greatest risks of outsourcing.”

The findings were published in Mayo Clinic Proceedings.