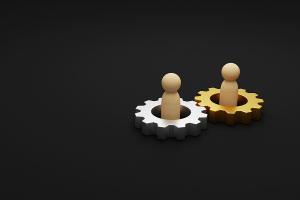 The New Jersey healthcare organization said Wednesday that it is heading to appellate court with the Federal Trade Commission, which earlier this month won a temporary injunction against the deal out of concern that it would reduce hospital competition and increase costs while lowering quality of care, according to NorthJersey.com.

“We continue to believe that this merger is in the best interests of the communities we serve and will advance healthcare in New Jersey,” said Hackensack Meridian in a statement.

Hackensack signed a deal to acquire Englewood in September 2019. It says the agreement would allow for investments in programs that would improve community healthcare and allow it to transfer some of its patients from its overcrowded medical center to Englewood. It also planned to invest $405 million to update Englewood’s heart center and operating rooms and to purchase robotic surgery equipment.

The FTC voted unanimously against the deal last December and sued to block the deal. “This acquisition would give the combined hospital system increased bargaining leverage, likely leading to increased prices,” Ian Conner, director of the FTC’s Bureau of Competition, said at the time. “The transaction would also remove the competitive pressures that have driven these hospitals to invest in quality improvements to the benefit of patients.”

U.S. District Judge John Michael Vazquez agreed that Hackensack Meridian could enhance specialized cancer care, cardiology, robotics, tertiary and maternal and child healthcare at Englewood, but dismissed its argument that any cost efficiencies from the deal would reduce prices for patients.

He also agreed with the FTC’s argument that following the merger, rates for insurers at Englewood would increase for general acute-care services to match those of Hackensack Meridian, as part of a contract provision. Hackensack said it would waive this provision, but Vazquez still issued a preliminary injunction on the basis that if the merger made sense now, it would make sense when a formal judgement would be made in the case.

A study by the American Hospital Association in 2018 found that acquisitions decrease costs and are associated with a statistically significant 2.3% reduction in annual operating expenses, reported MedCity News. But a New York Times article found that in most cases, M&A deals increase hospital admission prices.
1(current)
2