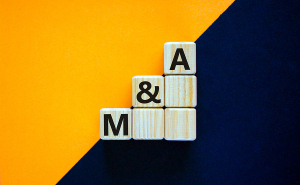 The acquisition will be completed through a subsidiary of Merck, with Acceleron being bought for $180 a share in cash. The deal is expected to expand Merck’s portfolio beyond its primary cancer drug, KEYTRUDA, by introducing new therapeutics that could help it increase revenue, according to CNBC.

What attracted Merck to Acceleron was its expertise and knowledge in the use of the transforming growth factor (TGF)-beta superfamily of proteins, which is known to be a main component in the regulation of cell growth, differentiation and repair. It utilizes this ability in its therapeutic solution, sotatercept, which can potentially improve short-term and long-term clinical outcomes in patients with pulmonary arterial hypertension, a rare disease, according to Rob Davis, chief executive officer and president of Merck.

“Acceleron’s innovative research has yielded an exciting late-stage candidate that complements and strengthens our growing cardiovascular portfolio and pipeline and holds the potential to build upon Merck’s proud legacy in cardiovascular disease,” he said in a statement.

PAH is a type of high blood pressure that affects blood vessels in the lungs. An investigational product, sotatercept is designed to address the imbalance in the basic metabolic panel and activin signaling in the vascular anatomy that leads to PAH. It is currently being used in a late-stage trial, with Merck seeing it as a multibillion-dollar peak sales opportunity. The acquisition comes as Keytruda, an antibody used in cancer immunotherapy, moves toward the loss of market exclusivity in 2028, reported CNBC.

The deal is expected to be completed in the fourth quarter of 2021.