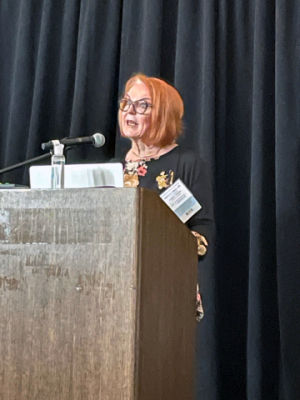 Currently, such agents are approved for imaging the heart and liver in adults and for urinary tract imaging in children. But evidence and research shows additional potential uses.

Those include visualizing tumors in the kidney, bowel, breasts, pancreas, prostate and carotid arteries, according to Dr. Stephanie Wilson, professor of radiology and gastroenterology at the University of Calgary and co-president of the International Contrast Ultrasound Society. She added that a single intravenous injection shows multiple organs throughout the body, including several that may be involved with the same pathology.

“It makes absolutely no sense to ignore pathology that is clearly seen in adjacent organs simply because the FDA has only approved ultrasound contrast agents on an organ-by-organ basis, instead of providing a more clinically logical approval for whole-body imaging," Wilson said.

Concerns over the safety of UCAs led to a black box warning in 2007 following reports of four deaths and 190 serious cardiopulmonary reactions in adults. Since that time, however, millions of UCA injections have been administered safely, and literature on their safety in adults and children has increased.

ICUS filed the Citizen’s Petition in 2019 to remove the boxed warning. “It is clear to all who work in the field on a daily basis that the black box harms patient care by misrepresenting risk and inappropriately deterring the use of UCAs when they are medically indicated,” said Dr. Steven Feinstein, co-president of ICUS and professor of medicine at Rush University Medical Center in Chicago, at the time.

Doctors in the U.S. currently use Definity by Lantheus Medical Imaging, Lumason by Bracco, and Optison by GE Healthcare. GE Healthcare received FDA approval just this month to remove hypersensitivity to "blood and blood products" from the contraindications listed in its prescribing information for Optison.

As confidence in ultrasound contrast agents increases, professional guidelines are recommending them for additional indications where they are not currently approved, Dr. Richard Barr, editor-in-chief of the Journal of Ultrasound in Medicine, and member of the ICUS board of directors, told conference attendees.

“Doctors are permitted to use approved drugs for unapproved uses if they believe doing so is medically supported and appropriate for their patients,” said Barr, who is also a professor of radiology at Northeast Ohio Medical University.

Barr adds that like physicians, vendors should have more freedom to discuss off-label uses for these agents. “Remember that these are systemic agents. If you are looking at the liver and you happen to see something in the kidney, are you supposed to pretend you didn’t see it?”