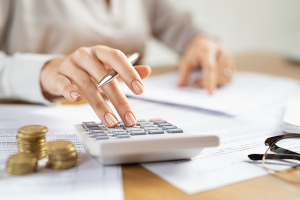 That’s what researchers at Johns Hopkins Bloomberg School of Public Health found in an assessment of more than 3,500 U.S. hospitals across 305 geographic regions in all 50 U.S. states and the District of Columbia, with 55% not abiding by the law. The study is titled, Factors Associated with Compliance to the Hospital Price Transparency Final Rule: A National Landscape Study.

Enacted on January 1 of this year, the hospital price transparency law requires that individual hospitals provide pricing information online for at least 300 services they offer in a machine-readable file. The intent is to allow consumers to compare prices and make more informed decisions about care. The rule is expected to increase hospital competition and potentially lower costs, but those that do not comply could face penalties of up to $2 million a year.

The team examined compliance over the first five months of 2021 and found the trend varied among individual states, with some states achieving 75% of higher compliance and others at 25% or lower. At least 75% of hospitals in the District of Columbia, Hawaii, Rhode Island, Indiana and Michigan, for example, were found to be abiding by the rule, while at most, 25% in Delaware, Maryland, Washington and Louisiana were compliant.

Additionally, hospital compliance correlated with the average compliance level of hospitals in the same regional market. The researchers say a hospital would be 42% more likely to comply with the rule if all other hospitals in its geographic region did the same. This shows that a hospital's decision to comply is less an isolated one and more based on market pressure from peers, according to senior author Ge Bai, a professor in the department of health policy and management at the Johns Hopkins Bloomberg School of Public Health. "Some of the variations are due to the different levels of hospital market concentration. We found that more concentrated hospital markets had greater average compliance."

They also looked at compliance among the country’s 305 hospital referral regions and found that 194 (64%) were noncompliant. All hospitals in 20 referral regions did post pricing information on their sites, including in regions in Arizona, Connecticut, Georgia, Illinois, Indiana, Kentucky, Michigan, North Carolina, New Jersey, Pennsylvania, Tennessee and Virginia. All hospitals in 26 other regions did not comply, including regions in Arkansas, California, Delaware, Florida, Iowa, Illinois, Louisiana, Maryland, Mississippi, Ohio, South Carolina, Texas, Virginia and West Virginia.
1(current)
2