Vanderbilt gets OK for new $144 million Tennessee hospital, despite opposition 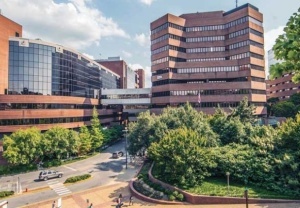 Despite complaints by some local organizations, Vanderbilt University Medical Center has won approval by state authorities to construct the $144 million Vanderbilt Rutherford Hospital, in Murfreesboro, Tennessee.

The certificate of need (CON) passed by a vote of 5 to 1 at a December 15 Health Services and Development Agency board meeting, despite opposition by a number of local hospitals and providers.

Opposition to the construction was based on the view that more beds were not needed in the area, according to Nashville NPR affiliate, WPLN News.

A 2020 effort by Vanderbilt to gain approval failed, but the state legislature recently changed the CON laws, so that a community's need for more beds is no longer the only major criteria for approval. Regulators must now also consider if added competition would better serve consumers, WPLN reported.

Of particular note, according to the National Law Review, was a change to the Tennessee’s CON that states that, “the effects attributed to competition or duplication [must] be positive for the consumers.”

Vanderbilt made that case in its most recent presentation to regulators, when it refiled its earlier application — and after efforts to build the hospital for years, noted the news organization. “We have heard from numerous people in Murfreesboro and Rutherford County, including state and local government officials, community and business leaders, fellow health care professionals, and most importantly, many of our patients, who are vocal supporters of these plans and continue to encourage us to move forward with this proposal,” Dr. C. Wright Pinson, deputy chief executive officer and chief health system officer for Vanderbilt University Medical Center, noted in the Center's September 15 announcement of the refiling.
1(current)
2