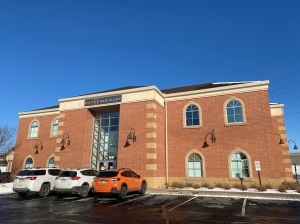 The outpatient-based advanced imaging centers are located in Otsego and Shakopee. The one in Otsego is equipped with a high-field MR scanner, CT, diagnostic and therapeutic injections, 3D mammography, ultrasound and X-ray services. The other in Shakopee offers 3T MR, CT, diagnostic and therapeutic injections, ultrasound and X-ray.

In addition to its Twin Cities openings, the company opened another this week in Auburn, Maine, which will feature high-field MR, CT and X-ray.

The openings are part of an ongoing expansion by RAYUS in Minnesota and are part of its national growth strategy. "These are high-growing population areas with a need for easily accessible, high-quality imaging services that are natural expansions of RAYUS further into the communities we serve," Rayus Radiology CEO Kim Tzoumakas told HCB News.

RAYUS has made several investments in the expansion of its network and physician and patient services since 2019, when it acquired Wellspring Capital Management. Initially going under the name, Center for Diagnostic Imaging, the company rebranded itself as RAYUS Radiology back in June of this year. Following this, it acquired Foundation Radiology Group, a multisite company providing 100 radiologists for on-site and teleradiology services to over 45 healthcare systems, community hospitals, academic medical centers and outpatient imaging facilities in seven states. Around the same time, it acquired Sand Lake Imaging in Orlando and a majority interest in the Research Radiology Institute.

It also grew its Florida presence back in October with its purchase of Diagnostic Centers of America (DCA), a leading radiology provider with centers in West Palm Beach, East Boca Raton, West Boca/North Broward, Wellington, East and West Boynton Beach, Delray Beach and a newly opened location in Palm Beach Gardens. Additionally, the company recently became the official medical provider to the U.S. Ski and Snowboard Team, as well as the U.S. Speedskating Team and the U.S. Bobsled and Skeleton Team.

"We intend to continue to explore expansion in additional locations where there is a need for high-quality, accessible freestanding imaging services," said Tzoumakas.