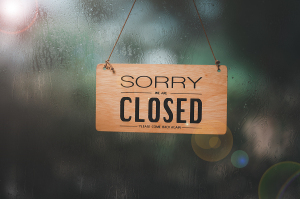 Violations leading to the loss of its Medicare and Medicaid funding in December forced the hospital to shut down Saturday, with the last patient transferred the same day. The hospital also lost its accreditation in December, according to The Register-Mail.

Cottage CEO Sanjay Sharma broke the news to employees in an email Friday and advised them to sign a transition incentive document at some point in the next 21 days to get payout through direct deposit.

"While we disagree with the findings and decision, the recent notice from the U.S. Centers for Medicare and Medicaid Services has made it necessary to temporarily suspend all services at Galesburg Cottage Hospital effective immediately. The health and safety of our patients is our top priority, and we have tried our best to provide the quality services in spite of the challenges posed by the COVID-19 pandemic” said Sharma in the letter.

While not specified, the violations were found during a CDC investigation of the hospital in November and December.

In his letter, Sharma says that the hospital is concerned about the lack of elder psychiatric care and other services that Galesburg Cottage provides for the community.

In a statement, OSF HealthCare said it was “deeply concerned” about patients, families and staff affected by the temporary closure. It also said that OSF HealthCare St. Mary Medical Center in Galesburg and OSF Holy Family Medical Center in Monmouth have both received “an influx of patients” as a result but are “working diligently” to care for them.

Former CEO Bob Moore, who served at Cottage Hospital from May 2019 to June 2020, criticized the way in which the closure took place and the timing. He said that a more comprehensive plan usually includes a 90 to 120-day notice of the hospital’s closing to give employees time to look for work elsewhere and keep patients safe.

“What if I had a heart attack last night, and I didn’t know that Cottage ER was closed,” Moore said. “I’m now a 10-minute delay on a massive coronary and I die. That’s a risk,” he told NBC25 News. “You know, there’s risk as a former patient, how do I get my medical records?”

Moore added, however, that he believes Cottage Hospital will reopen at some point. “It won’t be the same Cottage, but there’s still going to be opportunities. Because St. Mary’s cannot take care of all the needs of Knox County in the surrounding area, there’s just, the capacity is not there. Unfortunately, it may not be in Galesburg. But there’s going to be work for them because they’re the type of employee I’m looking for all the time.”