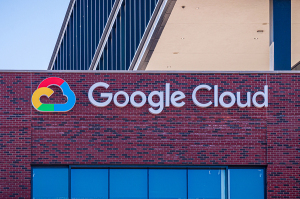 Google Cloud and the U.S. Department of Veterans Affairs (VA) have formed a partnership to support developers creating new apps and tools for veterans to better access services and data.

The agreement involves a $13 million, multiyear contract that has the VA deploying the application programming interface (API) management platform, Apigee.

“By making it easier for developers and partners to build new applications through Apigee, the VA is spurring innovations that will ultimately enable veterans and their families to more easily access important benefits and services,” Mike Daniels, VP of global public sector, Google Cloud, said in a statement.

“Apigee will help the VA to continue scaling the VA Lighthouse API program for third-party developers in a cost-efficient manner,” he added.

The move underscores the agency's ongoing effort to modernize veteran access to its data and services. Hopes are that the new platform will help with the massive IT efforts of the sprawling agency, which includes its huge and problematic $16 billion rollout of a new EHR system.

In November 2021, problems once again surfaced around the implementation of the Cerner system.

Issues found within the EHR’s scheduling platform “reduced the system’s effectiveness and risked delays in patient care” according to a new report made at the time by the VA Office of Inspector General. It added that the VA was aware of these “significant” limitations prior to installing the system last year in Spokane, Washington and Columbus, Ohio.

Among the problems was the inability to change appointment types, with schedulers having to manually create a new one or ask the provider to submit a new order.

In addition to software-related issues, the pandemic has also thrown a wrench into the gears. The VA announced January 14 that it was delaying the scheduled deployment from March to April of its EHR effort at the VA Central Ohio Healthcare System, in response to a surge in COVID-19 cases affecting the workforce and community in the Columbus area.

“We need to support the medical professionals while they focus their attention on meeting the health care needs of their patients,” said Dr. Terry Adirim, program executive director of the Electronic Health Record Modernization Integration Office, adding, “EHR deployment activities must be weighed against community health and can be resumed when it is appropriate to do so.”