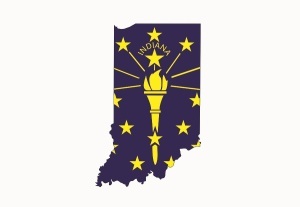 Indiana legislators are asking state insurers and hospitals to come up with ways to reduce healthcare prices by April
Indiana lawmakers are calling on hospital and insurance leaders to work together to bring down healthcare prices in the state, which are the highest in the nation.

Senate President Rodric Bray and Speaker of the House Todd Huston have directed both to develop a plan that will align Indiana’s healthcare costs with the national average by 2025. If a plan is not developed by April, the leaders will have “no choice but to pursue legislation to statutorily reduce prices,” they said in a letter to recipients.

“Our goal … is to say to people inside the industry, ‘Look, fix it, the best solution will come from you,’” Huston told IndyStar. “In some ways we've been ahead of the curve, but we've got to continue to make progress on this. I would prefer they make progress on it than have us do legislative things.”

A 2017 RAND Corporation study mentioned in the letter said state hospitals charged more than three times for outpatient services than they do for Medicare for the same procedures, and fees were ranked as the fifth highest in the nation, according to the IndyStar. A follow-up study found that hospital prices for employer-sponsored insurance outstripped prices in other states, with an emergency room visit for any worker in Indiana costing $2,200, compared to $800 in Michigan.

But some sources claim that Indiana healthcare costs are not much different than those in other states. The Kaiser Family Foundation, for instance, says that families with employer-sponsored coverage pay a premium that is not statistically different from the national average.

Brian Tabor, president of the Indiana Hospital Association, adds that looking at just hospital pricing does not explain total out-of-pocket costs for consumers and employees. “I don’t think it’s a good thing for Indiana, for us to promote that we are an outlier in terms of the total cost of care. If we’re going to make progress, we’ve got to focus on the total cost of care for employers, out of pocket affordability for consumers and everybody has to be at the table.”

This, he says, includes representatives from pharmaceutical companies and pharmacy benefits managers, the middle managers of drug benefits, as well as employers. He also points out that other state hospitals work directly with employers who provide care for their employees, something that Indiana hospitals would like to see.
1(current)
2