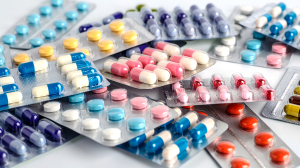 When selling drugs for use in outpatient settings, pharmaceutical distributors may offer commercially available discounts to physician practices only under certain circumstances permitted by the Office of Inspector General for the U.S. Department of Health and Human Services. The U.S. Justice Department said that Cardinal Health has provided “upfront discounts” since 2013 for drugs that did not meet government criteria for such arrangements.

U.S. Attorney Rachel Rollins claims this violates the False Claims Act and the Anti-Kickback Statute, which prohibits drug distributors from offering or paying any compensation to persuade doctors to buy medications for use on patients who are covered under Medicare, reported U.S. News & World Report.

“Kickback schemes, such as this one, have the potential to pervert clinical decision-making and are detrimental to our federal health care system and taxpayers. We commend Cardinal Health for resolving this matter cooperatively,” she said.

According to the Justice Department, the payments by Cardinal were illegal because they were not attributable to identifiable sales of pharmaceutical products or purported rebates that customers have not actually earned.

Cardinal Health acknowledged certain facts of part of the $13.125 million settlement and said it no longer offers the term-based upfront discounts. “We have reached an agreement with the Department of Justice (DOJ) related to term-based upfront discounts in historical customer contracts within Cardinal Health’s Specialty Pharmaceutical Distribution business, and will resolve the matter with a settlement of approximately $13 million, without admitting liability,” the company told HCB News in a statement.

As part of the deal, Cardinal Health’s Specialty Pharmaceutical Distribution business has also entered into a five-year corporate integrity agreement (CIA) with the OIG-HHS.

The allegations were made in lawsuits filed by whistleblowers under the qui tam provisions of the False Claims Act, which allows private parties to sue on behalf of the government and share in any recovery. The whistleblowers in this case will receive approximately $2.6 million in the recovery, according to Reuters.

“Cardinal Health thought it hit upon a surefire moneymaker by paying kickbacks to doctors, which cost health benefit programs millions of dollars in potentially fraudulent claims,” said Joseph Bonavolonta, special agent in charge of the FBI, Boston Division. “Anyone involved in, or entertaining, similar activity should know that health care fraud is a priority for the FBI, and we will pursue anyone trying to profit from this country’s vital health care system.”