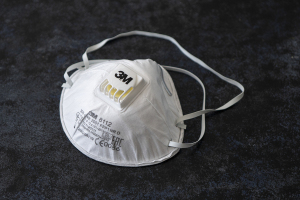 The two organizations filed a suit Thursday against CJFS Corporation in King County Superior Court on the grounds that it sold them 5,000 cases of counterfeit 3M masks for $4 million back in fall 2020.

The masks came with appropriate paperwork and passed physical inspection and testing before they were distributed to 40 hospitals. WSHA bought about 600 cases for $1.4 million, while UW Medicine spent $2.6 million on about 4,700 cases. The masks for UW Medicine arrived in early December 2020. When employees noticed manufacturing and expiration dates on some packages were the same, CJFS said it was a printing error and sent replacements. WSHA received its shipment later in the month, according to the Seattle Times.

A month later, 3M issued a warning about counterfeit masks that raised another red flag. In its warning, 3M listed lot codes belonging to specific fake mask models not made by it. These codes matched the ones WSHA and WU Medicine received. The two contacted 3M, which confirmed that CJFS sold counterfeit masks. They later received a notice of a counterfeit product alert from CJFS.

CJFS has so far provided no refund or sent genuine masks to either organization, according to the complaint. While it met with WSHA to discuss the masks in March 2021, it has not responded to attempts at mediation since, says Taya Briley, vice president of the hospital association.

“Making sure that our healthcare workers have a good supply of the right kind of PPE to do this work is really important and our national supply chain has struggled throughout the pandemic to provide adequate amounts of PPE,” she told the Seattle Times. “The fact that the supply chain has been so unable to keep up with demand has created these opportunities for fraudulent mask makers to be present in the supply chain.”

While the state hospital association was able to obtain genuine masks from 3M directly and infections are now going down, obtaining masks is still a challenge for providers. Further exacerbating the situation is the risk of buying counterfeit masks.

Back in October, the Cleveland Clinic was scammed out of $1.8 million for 400,000 N95s it ordered from a Pennsylvania company. The masks were found to be fake only after the healthcare system had distributed more than 50,000 to healthcare workers and only after some of these workers on high-risk wards tested positive.
1(current)
2