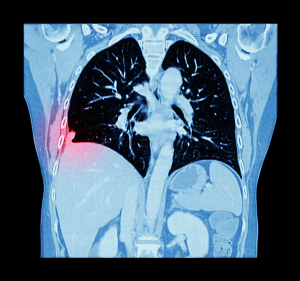 The update in eligibility follows similar guidelines enacted by the U.S. Preventive Services Task Force and expands access to lifesaving diagnostic procedures to more Americans at no cost.

Under the USPSTF guidelines published in March, individuals between 50 and 80 who have a 20 pack-year (one pack a day for 20 years) smoking history and currently smoke or have quit within the last 15 years are eligible to be screened. The CMS update applies the same criteria, but for those between 50 and 77. It also applies to those who are asymptomatic and show no signs or symptoms of lung cancer.

"Today's announcement from CMS will give more people enrolled in Medicare access to lifesaving lung cancer screening. Screening for individuals at high risk is the only tool to catch this disease early when it is more curable," said Harold Wimmer, president and CEO of the American Lung Association, in a statement.

He added that more must be done to bring awareness to the benefits and eligibility of lung cancer screening, as only 5.7% of people who are eligible actually get screened.

The American College of Radiology lauded the news, with Dr. Debra Dyer, chair of the ACR Lung Cancer Screening Steering Committee, saying that expanded screening would help combat lung cancer as the leading cause of cancer-related deaths. “Screening providers, particularly those starting new programs, should seek accreditation, use Lung-RADS, take part in the Lung Cancer Screening Registry and leverage educational offerings to maximize screening’s lifesaving benefit. Providers must act on this opportunity.”

She added that the update would help reduce outcome disparities among women, rural societies and the black community. The new guidelines include more people of color, who face worse outcomes compared to White Americans, including greater risk of incurring lung cancer, and at a younger age. This is due to their being less likely to be diagnosed, less likely to receive surgical treatment and more likely not to receive any treatment, according to the Lung Association’s 2021 “State of Lung Cancer” report.

A retrospective analysis published last month found that the USPSTF update has already made changes here by reducing the gap between eligible white and black patients from 10% in 2013 to 2%.

CMS proposed dropping the starting age for lung cancer CT screenings from 55 to 50 back in December. It said that lung cancer had resulted in 130,000 deaths in 2021, which surpasses deaths due to colon, breast and prostate cancers combined.

The American Lung Association recommends that CMS further build on eligibility to include individuals up to 80 years old and to remove the recommendation that individuals stop getting screened once they have stopped smoking for 15 years. "Only 5.7% of people who are eligible have been screened, so it’s important that we talk with our friends and family who are at high risk about getting screened," said Wimmer.

In accordance with the Affordable Care Act, most private insurers must update their coverage policies to reflect the updated USPSTF update for plan years beginning after March 31.