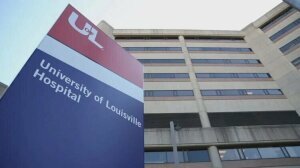 Comprising four new operating rooms and at least 68 private beds, the tower will be used to accommodate the increasing volumes of patients being admitted to the hospital. It will also have 24 observation beds and 34 post-anesthesia care unit beds, with the University Hospital able to offer 404 licensed beds in total upon its completion, according to Fox-affiliate, WDRB/Channel 41.

Part of the tower, which is referred to as the West Tower in the plans, will remain unfinished for other potential expansions in the future. Construction is slated to start as early as next month and be completed by late 2024.

The hospital said it was “premature” to discuss specifics until plans for the tower are finalized but did say that it is “seeking Metro Government support for Hospital Revenue Bonds to invest back into our facilities.”

The tower will be located at the northeast corner of Jackson Street and East Chestnut Street, next to the current University of Louisville Hospital, according to The Courier Journal.

The project will be financed, in part, by a $415 million bond offering that requires Metro Council approval. UofL Health would be responsible for paying the debt. An ordinance supporting the financing has been assigned to the council’s Labor and Economic Development Committee.

The bonds would also go toward building a $60 million hospital for the Medical Center South in Brooks, Bullitt County. The hospital requires 40 licensed beds due to an increase in medical services and population increases in the county. Construction on that project is expected to start in July and be completed by the end of 2023.

Additionally, the funding would pay for an undisclosed series of new investments in equipment and upgrades to current facilities over a 10-year period.