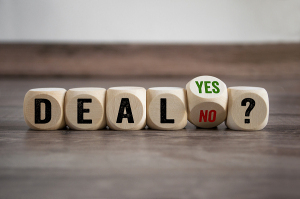 Filed in the U.S. District Court for the District of Columbia, the agency claims in its civil suit that the deal would harm competition in commercial health insurance markets and in the sale of technology used by insurers to process claims and reduce healthcare costs.

Its position mirrors those of competitors of UHG and Change, who have long claimed that such a deal would hurt competition in claims clearinghouse, payment accuracy, revenue cycle management and clinical decision support services, and negatively impact healthcare IT sales to providers. They also say it would create a massive monopoly due to UGH’s ownership of UnitedHealthcare, the largest insurer in the country, and by giving it access to vast amounts of competitively sensitive information from rival insurers.

These consequences would lead to price hikes for hospitals and lower quality of care, said Attorney General Merrick B. Garland in a statement. “If America’s largest health insurer is permitted to acquire a major rival for critical healthcare claims technologies, it will undermine competition for health insurance and stifle innovation in the employer health insurance markets.”

In a statement, Change expressed its dissatisfaction with the Justice Department’s decision. “We are aware and disappointed that the DOJ has filed litigation to prevent Change Healthcare from closing our merger with UHG. As we previously disclosed, UHG extended our merger agreement through April 5, 2022. We will continue our support of UHG in working toward closing the merger as we comply with our obligations under the merger agreement.”

If allowed, the deal would combine Change Healthcare’s technology for integrating evidence-based clinical criteria directly into clinician workflow with Optum’s clinical analytics expertise and Individual Health Record. This, according to UHG, would help clinicians make faster and more informed decisions for quality care at affordable pricing.