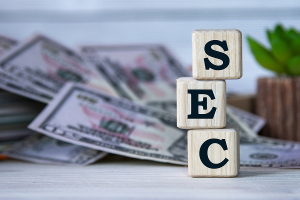 The SEC issued the $18 million penalty against the company earlier this month for allegedly converting its internal foreign transactions, assets and liabilities into U.S. dollars on its financial statements with a method that “was not in accordance with U.S. GAAP, or generally accepted accounting principles,” according to the agency.

Baxter is alleged to have carried out the practice from at least 1995 until 2019 and started to “exploit” it as far back as 2009 by entering into foreign exchange transactions solely to add accounting gains to its bottom line or avoid losses.

The practice goes against the anti-fraud and internal accounting control provisions of federal securities law. Baxter did not admit or deny wrongdoing and said in its annual report this month that as of the end of 2021, it is financially able to pay off the penalty. It expects to do this within the first quarter of 2022.

Additionally, it agreed to a “cease and desist” from the outlined violations and cooperated with the SEC throughout its investigation. "Baxter’s self-reporting and substantial cooperation in working with the staff in this complex investigation was an important consideration in assessing the appropriate sanctions for this case,” Paul Montoya, associate regional director of the SEC’s Chicago office, in a statement.

Baxter alerted the SEC back in October 2019 when it found potential discrepancies in its past financial reports. The agency launched an internal probe. The company later said in an SEC filing that it found “misstatements of foreign exchange gains and losses” and that it believed that the practice was explicitly used to create gains and avoid losses for at least 10 years.

It also found the differences in its previously reported and actual income from 2016 through the first half of 2019. The biggest discrepancy was in 2017 and consisted of $113 million in foreign exchange gain and loss misstatements. This was a significant loss from the $1.2 billion it originally reported in income for the year. It also found another $16 million from a class-action settlement that awarded the sum to anyone who purchased its stock during the eight months that led up to the internal investigation. Additionally, a year-end financial update showed that Baxter spent $31 million on investigations and related costs in 2021 and $23 million in 2020, which primarily were related to the probe.

The SEC also settled with two of the company’s former employees for their alleged participation in the scheme, according to Reuters.