Federal Appeals Court in NJ sides with FTC, says no to hospital merger 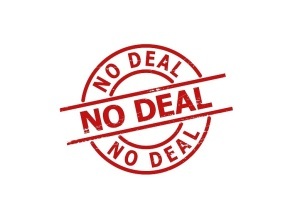 A federal appeals court in New Jersey has rejected a request for Englewood Hospital and Medical Center to merge with Hackensack Meridian Health.
A federal appeals court has blocked Englewood Hospital and Medical Center in New Jersey from merging with Hackensack Meridian Health on the notion that such a deal would drive up the costs of hospital care in Bergen County.

Announced in October 2019, the deal would give Hackensack control of three of the six hospitals in Bergen County. And with the 531-bed Englewood hospital and Pascack Valley Medical Center, it would have been one of the largest healthcare systems in the state, according to NorthJersey.com.

The FTC filed an injunction against the sale in 2020 on the grounds that the agreement would not only eliminate competition between Englewood and Hackensack, but would give the latter motive to raise prices for insurers, which could lead to higher premiums for insurance plan members, reported NorthJersey.com in a separate article. An FTC expert said that the estimated price hike would be $31 million more, based on peer-reviewed analyses.

In its ruling on March 22, the Third Circuit Court of Appeals sided with the FTC, with Judge D. Michael Fisher saying that “prices would undoubtedly increase, as evidence has shown with previous mergers by Hackensack Meridian, one of the largest healthcare providers in New Jersey.”

The hospitals said that merging their operations would create efficiencies that would result in net savings. While the district court acknowledged that such benefits “may exist,” it said that concern over the anti-competitive effects of the deal outweighed them. It also said that "consumers would likely be disadvantaged because Englewood would no longer have an incentive to outperform HUMC" for hospital safety, patient experience, timely and effective care, nursing recognition and care-associated infection rates. Englewood currently produces better outcomes in these areas than Hackensack.

Englewood Health president and CEO Warren Geller says that the hospitals will instead focus on outpatient care, where 70% of its patients are treated, and strengthen its physician network. It also plans to open an ambulatory care center later this year in Jersey City and another in Englewood Cliffs. It just opened one last year in Fair Lawn.
1(current)
2