Stryker to shut down Florida facility, laying off 495 workers by 2023 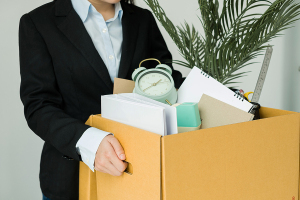 The company announced in a letter on March 31 that it will eliminate 88 jobs at its Lakeland location on May 31 as the first wave of 495 jobs that will be eliminated. More than two-thirds of those being let go are in production associate positions, while the rest are automation feeders, cleaners, production specialists and a handful of team leaders, according to Fierce Biotech.

The closure and layoffs are part of a multiyear initiative started in 2021 to restructure the company to allow for more growth. "After a careful and detailed analysis, we have decided to close our Lakeland, Florida facility and move these operations to other Stryker locations,” the company said in a statement sent to Fierce Medtech. "People are one of our most important values, and we will support impacted employees throughout the closure process."

The company notified the state in October 2021 of its intention to close the facility by the end of 2023. In doing so, it said it would eliminate 523 jobs. The company eliminated 22 positions at the end of December and affirmed its decision to move forward with further cuts in its March 31 notice. The total number of layoffs slightly decreased from 523 to 495, according to the notice. None of the positions affected qualify for bumping rights, which allow laid-off senior employees to stay in a less-senior worker’s role, and none of the workers are represented by a union.

The March 31 letter was sent to Florida’s Rapid Response dislocated worker coordination unit, in compliance with the federal Worker Adjustment and Retraining Notification (WARN) Act, which requires companies to give two months’ notice before permanently closing a facility or laying off 50 or more workers, reported The Ledger.

“We hope to implement this program of layoffs with the least possible disruption to our employees and the community,” Stryker said in its notice.