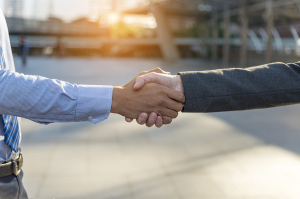 Based in Texas, Platinum Team Management provides oversight and executive management to networks of independently owned subsidiaries in various industries, from healthcare to entertainment to land development, according to NBC/CW+-affiliate KOMU.

"We're there to keep local, quality health care in the area. Without these hospitals, the local patient population would have to travel an hour from the area to receive healthcare services,” said Platinum Hospitals president Cory Countryman, who described the region as a “medical desert”.

Together, both hospitals provide an ICU, surgery, in-patient rehab, women’s health, pain management, diagnostic services, infusion clinics, sports medicine and wound and limb salvaging. Audrain is located in Mexico, Missouri, which is a little over half an hour away from Fulton, where Callaway Community Hospital is located.

On March 25, Noble Health announced that it was shutting down both hospitals to restructure their operations and make them more efficient. It planned to reopen them once it could establish the level of care it wanted them to provide.

The decision followed another earlier that week to temporarily limit services due to technology issues experienced with IT systems at both facilities. As a result, the hospitals stopped EMS services, as well as admitting new inpatients. Those requiring EMS care were sent to other area hospitals. “We are working hard to resolve the issue and, as always, putting patients first in every decision we make. We will keep the community in the loop as the issue is resolved," said the hospitals in a statement at the time.

As a result of the closures, 175 employees were furloughed, as Noble Health sought financing to avoid permanent shutdowns, reported KOMU. Platinum Hospitals plans to readjust the operations, revitalize the facilities and implement proper medical management and innovation in them. "The healthcare access that these two generational hospitals have provided to residents of rural Missouri is critical. Not just for cases of emergency, but basic medical needs."