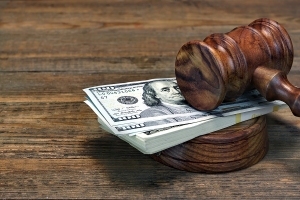 Under Judge Dan Polster, a federal jury in the U.S. District Court in Cleveland convicted Thomas O’Lear, 57, for submitting false statements and invoices on behalf of his company, Portable Radiology Services. He engaged in the billing scheme for five years, according to local news outlet, The Repository.

O’Lear submitted false claims between January 2013 and December 2017 that requested reimbursement from Medicaid, Medicare and Medicaid Managed Care Organizations, said federal prosecutors. This included around 151 X-ray false claims for services to patients that were dated after the patients died.

"Evidence also proved that O’Lear billed Medicare and Medicaid for purportedly having provided X-ray-related services to beneficiaries at nursing facilities on dates when the beneficiaries were hospitalized and not at the facilities; billed, falsely claiming that X-ray services were performed on various dates, requiring separate reimbursement for transportation on each date; and billed one X-ray image as multiple images, thereby requiring a greater reimbursement," said the U.S. Attorney's office in a statement.

Additionally, O’Lear tried to cover up the scheme when he was audited by creating false records and forging signatures of a physician and others. Court records say that he billed Medicare, Medicaid and Medicaid MCOs for approximately $3.7 million in false claims and received approximately $2 million in payments.

He was indicted in 2019. Following five days of testimony, the jury ruled on April 27, 2022 that O’Lear was guilty of two dozen counts, including healthcare fraud, making false statements and aggravated theft. He was acquitted of three health fraud counts. Each of the healthcare counts carries a maximum sentence of 10 years, and the false statements count has a maximum of five years. The two aggravated identity theft counts have a mandatory minimum of two years, which must be served consecutively.

Sentencing is set for August 2.