Medtronic recalls over one million dialysis catheters over 'leak' issue 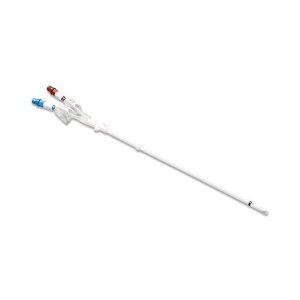 The FDA issued a Class I recall, its most severe classification, for the solutions, describing the cause as “a potential leaking condition within the hub of specific chronic dialysis catheters, due to an inter-lumen void in the hub component, which may result in unanticipated fluid return," according to MedTech Dive.

Medtronic is recalling nine different analysis catheters that together amount to 1.02 million and are developed by its subsidiary, Covidien, which it acquired in 2015. Among them are several models of Palindrome Chronic catheters and one model of the Mahurkar Chronic Carbothane catheter.

The company issued the recall on June 8, and sent a letter urging customers to “immediately quarantine and discontinue use” of the solutions and send them back to Medtronic.

In an email, it told MedTech Dive that “there have been no reports of patient harm at this time, and product retrieval is underway. The root cause of the matter is under investigation, and Medtronic has notified all applicable regulatory agencies.” The company says any adverse events with the solutions should be reported to the FDA.

The recall follows another in June 2021 of Medtronic’s HeartWare ventricular assist device (HVAD) system. Designed for hemodynamic support in patients with advanced, refractory left ventricle heart failure, the implant was associated more than other circulatory support devices with adverse neurological incidents, including stroke and mortality. Further recalls for the pump have been issued.

The company also received a warning letter in December from the FDA over safety issues with its diabetes unit, resulting in the delay of the review for two of its key diabetes products. Rival companies have launched their own products and gained ground in the diabetes technology market as a result, reported MedTech Dive.

CEO Geoff Martha said in January that the ongoing recalls are his top priority.