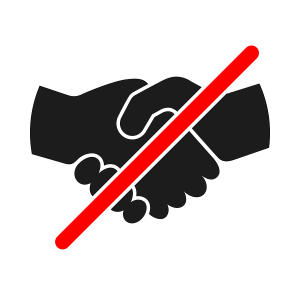 Mercy Iowa City said “no” to a University of Iowa Health Care $605 million offer to take over its ownership last year, according to a report in The Gazette.

The offer was one of four considered and rejected by Mercy in a search for a new partner that began in July 2021. Others included Mercy Medical Center in Cedar Rapids, UnityPoint Health, and Marshfield Clinic Health System of Wisconsin, according to the Cedar Rapids, Iowa-based paper.

“Unlike others, we see Mercy Iowa City not as simply another asset in our portfolio but as the centerpiece of a new community division,” the proposal stated, according to the paper.

The UIHC proposal would have spread the money over a decade, and would have targeted some specific goals, including: “$250 million for 'primary and specialty care growth to supplement existing strengths in orthopedics and obstetrics'; $150 million to boost Mercy’s financial performance, such as via bond refinancing; $95 million for facilities, equipment and technology infrastructure investment; $85 million to satisfy Mercy’s unfunded pension liability and address staff retention, training and development; and $25 million to rebuild and expand Mercy’s medical staff” – with another $10 million for a foundation for the Sisters of Mercy West Midwest Community.

After ending the search, the Mercy Iowa City and MercyOne determined they would remain partners, despite both having expressed interest in ending the relationship prior to the call for proposals.

The management partnership began in June 2017. MercyOne receives $2 million a year for its work — which has included selling off a number of Mercy Iowa City assets, including: Coral West Health Center for $4.7 million in 2018; Mercy Family Medicine clinics in Coralville and Solon for $2.2 million and $528,506, respectively, in 2019; and Mercy’s new $23 million rehabilitation hospital in 2021 for $28.9 million.

Perhaps key to the decision to stay with the status quo may be the need for multiple institutions providing care in a community.

“We believe that the community needs an alternative,” Mercy Medical Center CEO and president Tim Charles told The Gazette, adding, “Employers need an alternative. It has been demonstrated many times over that when communities are reduced to a single hospital, the cost of health care increases and the level of service diminishes.”
1(current)
2