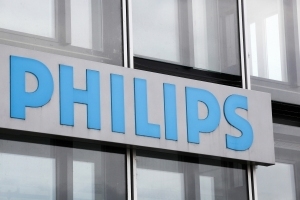 The company recalled certain Amara Full Face, DreamWisp Nasal, DreamWear Full Face, Wisp and Wisp Youth Nasal and Therapy Masks after finding that their magnetic headgear clips could disrupt metallic implants in both wearers and anyone near them. Issued October 19, the recall refers to masks distributed between January 2015 and September 2022.

Initially recalling more than 17 million masks in September, this most recent one brings the total number in the U.S. to 18,670,643 units and the global tally to more than 22 million masks, according to Fierce Healthcare.

“The product recall of our Respironics sleep apnea devices let down the many patients who relied on them, as well as the doctors and nurses caring for those patients, for which I am deeply sorry,” wrote Philips’ CEO Roy Jacobs in a statement on the company website.

The company has received 43 complaints since September about the issue, with 14 involving serious injuries, including "pacemaker failure, arrhythmia, seizures and irregular blood pressure,” said the FDA in a warning. While there is a risk of death, the agency has reported no associated ones to date.

Philips says the clips and straps have a magnetic field strength of less than 400 mT and can interfere with devices from at least six inches away. Users without implants may continue to wear the masks, provided they don’t come into close contact with those who could be affected.

A FAQ sheet updated by the company on October 18 said an estimated 95% of most patient populations should be able to continue using the masks, and the FDA says they can be used with other manufacturers’ BiPAP and CPAP machines.

Those who are affected should talk to their doctors about alternative masks and switch to a nonmagnetic one for the time being to avoid gaps in their treatment.

In addition to its magnet problem, Philips has been dealing with the recall of 5.5 million BiPAP and CPAP machines since June 2021 after discovering that the sound abatement foam within them could break down and release particles that could enter a device’s airway pathway and become toxic, possibly causing cancer.