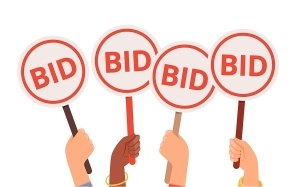 Sources told the news outlet that interest from suitors, including buyout funds, motivated Temasek to consider selling the company, which is one of the few it fully owns.

A medical device manufacturer, Advanced MedTech spun off in 2019 from Accuron Technologies, a Temasek company, to speed up its growth and focus on its primary urology business.

The sources, who declined to be named since the sales process is not yet public, said private equity firms, healthcare-focused funds, and strategic investors were expected to bid on what could potentially be one of the biggest medtech M&A deals of 2022.

"It's not often that you see a company fully owned by Temasek coming to the market," one source told Reuters.

Advanced MedTech provides capital equipment and consumables, and urology services for bladder stone treatment to millions in 100 countries. It has 11 regional offices in North America, Europe, and Asia Pacific, with the majority of its business in the U.S.

In March the company reported an annual revenue of $280 million, with a compound annual growth rate of 15% over the last five years.

The deal is subject to negotiations between the parties.

Temasek declined to comment, and Advanced MedTech did not respond to Reuters' inquiry.