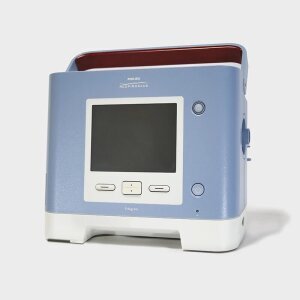 The FDA notified the company that the sound ablatement foam risked “lowering the inspiratory pressure” by coming loose in some refurbished models. Additionally, trace amounts of particulate matter were found in the air pathways of some of these reworked ventilators.

"Philips Respironics has reported the two problems to the relevant competent authorities globally and expects to complete its investigation and root cause analysis of both problems before the end of this month," said the company in a statement on Monday.

Philips has temporarily suspended the repair of its Trilogy systems while it investigates the issues at hand.

Since April 2021, the FDA has received over 90,000 medical device reports, including 260 of reported deaths, that are supposedly connected to PE-PUR foam breakdown or suspected foam breakdown.

The agency said it has requested additional information from Philips “to better understand the cause of the issues and to provide informed recommendations to patients, caregivers, and healthcare professionals.”

In the past 18 months, Philips has replaced over four million ventilators and sleep apnea machines. It recalled millions of continuous positive airway pressure and bilevel positive airway pressure (BiPAP) machines in June 2021 because the polyester-based polyurethane sound abatement foam was breaking down. This allowed the foam particles to enter the device’s air pathway, which put patients in danger of potential health problems and toxic, carcinogenic effects.

A Philips spokesperson said that the Trilogy 100/200 ventilator models represent only 3% of that recall, and that it does not include any sleep apnea devices.

Independent testing in Europe and the U.S. showed foam degradation to be rare and linked almost exclusively to unauthorized cleaning products. But a report in late summer 2022 linked 44 deaths to the breakdown of foam.

And earlier this year, 1,511 V60 and V60 Plus ventilators it designed were flagged for expired adhesive. Should the adhesive fail, the capacitor support bracket could become loose and potentially cut off ventilation.

The company issued its sixth recall last month, which involved 3,100 masks used with its CPAP and BiPAP machines. The magnetic headgear clips were reported to disrupt metallic implants in both wearers and anyone near them. Another 17 million masks were recalled in September.

CORRECTION: A previous version of this article erroneously stated that Philips had recalled its Trilogy 100/200 ventilators because of the issues. No new recall has been issued, and HCB News apologizes for the error.