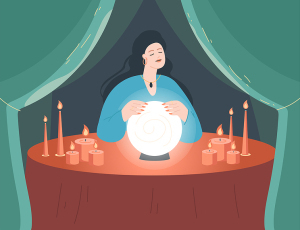 How will radiology change in the next five years? During a session at the RSNA annual meeting, several specialists presented their thoughts on what will impact the field. Here’s what they had to say.

Dr. Donald Resnick, chief of musculoskeletal imaging at the University of California, San Diego, suggested the term "radiology" be retired.

"It is not what we do any longer," Resnick said. "A more appropriate term [is] medical imaging and intervention, hopefully, with both real and artificial intelligence."

Teleradiology is a friend, not a foe
Dr. Bethany Casagranda, chair of the Department of Radiology and Imaging Institute at the Allegheny Health Network in Pittsburgh, said she used to think teleradiology threatened the “togetherness” of the field, but she’s changed her mind.

"The old-fashioned way of doing radiology has become incredibly difficult, and some would say impossible," Casagranda said. "So in recent times, I think, ignited by the pandemic, there's been a seismic shift in how we do work."

Increased corporatization
Corporate ownership in healthcare has only grown and Dr. Mark Schweitzer, chair of the Department of Radiology at the Stony Brook University School of Medicine, sees several disadvantages, including liability issues.

“We're clearly on the cusp of major change in medicine, and that could be bad or good,” Morrison said. "My prediction is that we will play an essential role in this new future. But we need to retrain ourselves and train residents differently, and probably train more radiologists, otherwise we may be left out."

Role of radiology in ‘return-to-play’ decisions
Dr. Bruce Forster, professor at the University of British Columbia Department of Radiology, believes that AI is going to play a role in making athlete “return-to-play” after injury decisions more scientific.

"Radiologists just have an incredible opportunity here," Forster said. "We do know the imaging, which is an important, but not exclusive, part to the decision-making, but we also have an advantage, because we're a little ahead of the game in AI and ML. As long as we come to a deeper understanding of these concepts and do the research, I think we're in an excellent position to be the team leader in making return-to-play decisions."

AI-enabled precision education is the future of radiology training
AI is going to enable a change in how radiologists are trained, with personalized education, said Dr. Michael Recht, chair of the Department of Radiology at NYU Langone.

“For the first time, we can tailor each resident's education to their own individual strengths and weaknesses,” Recht said, explaining what they’re already doing at NYU. “So if someone's really good at musculoskeletal radiology in the third year, maybe they only do a rotation of two weeks instead of four weeks, and they use those extra weeks for a rotation that they're not so strong in.”