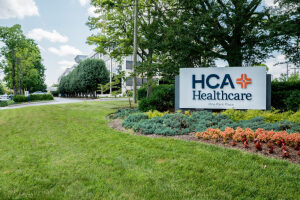 The healthcare system filed a certificate of public need in the first week of January 2023 to build the facility on Sliding Hill Road just off of I-95 near Ashland. HCA named it Ashland Hospital in its application and said it will operate as part of its Henrico Doctors’ Hospital campus.

The proposal is seen as a response to Bon Secours $50 million expansion and renovation project at Memorial Regional Medical Center in Mechanicsville, which is now in the last stages of completion, according to Richmond BizSense.

“Filing the COPN application is the first step in the approval process. HCA Virginia will continue to work through this process in partnership with state and local regulators,” HCA spokeswoman Pryor Green said in an email Thursday.

It intends to buy the 40-acre property from entities connected to the Pruit family for $14.5 million. The cost of the land is included in the $233 million price along with direct construction costs ($158.8 million), equipment ($43.5 million) and other expenses.

In its application, HCA said about 600 full-time staff members would run it, with most already existing local HCA employees transferred from other locations.

It also plans to relocate 60 beds from Retreat Doctors’ Hospital in Richmond as well as its cardiac catheterization lab. This would downsize the bed count at Retreat Hospital to 167 beds, though HCA says the site will continue to operate. Other features would be relocated from other local HCA facilities.

“The project aims to better serve patients already seeking care from Henrico Doctors’ Hospital at a location closer to their homes,” said Green. “The proposed location for this hospital, just off of Interstate 95, will be easily accessible for residents, EMS providers and travelers passing through the area.”

Based in Nashville, HCA has six hospitals in the greater Richmond area, including Chippenham Hospital in South Richmond, Johnston-Willis Hospital in North Chesterfield, Parham Doctors’ Hospital in western Henrico and TriCities Hospital in Hopewell, which changed its name from John Randolph Medical Center in December.