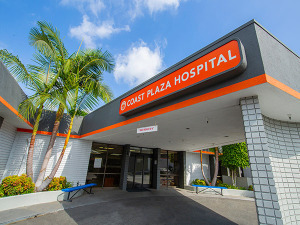 Formed in 2003 in Alabama, MPT is a self-advised real estate investment trust that acquires, recapitalizes and develops net-leased hospital facilities to allow hospital operators to invest in site improvements, technology upgrades and operations. It is one of the world’s largest owners of hospital real estate with roughly 435 facilities and 44,000 beds in ten countries and across four continents.

The assumption of these terms has been court approved as part of Pipeline’s plan to reorganize its structure and focus primarily on its Los Angeles footprint as it completes its bankruptcy proceedings in the coming weeks, following approval by the U.S. Bankruptcy Court for the Southern District of Texas of its Chapter 11 bankruptcy plan, which will cut $330 million from its debt.

On the effective date of the plan, Pipeline will pay MPT all rent accrued during the first half of January 2023. MPT will defer approximately $5.6 million (30%) of the 2023 cash rent into 2024. It will be collected at that point with interest.

MPT and Pipeline will also complete Pipeline’s pre-bankruptcy plans to add a behavioral facility within Coast Plaza Hospital. MPT will fund the capital addition, which will be joined to the master lease and accrue rent at the lease rate upon completion.

Pipeline filed for bankruptcy back in October 2022 due to financial challenges that included rising costs and delayed payments from insurance plans.

As part of its restructuring process, it sold its two Illinois hospitals in December, Weiss Memorial Hospital in Chicago and West Suburban Medical Center in Oak Park, to Resilience Healthcare, based in New Jersey.

In addition to the four Los Angeles hospitals, it is also the owner of White Rock Medical Center in Dallas.