Clinical engineering in an age of reform 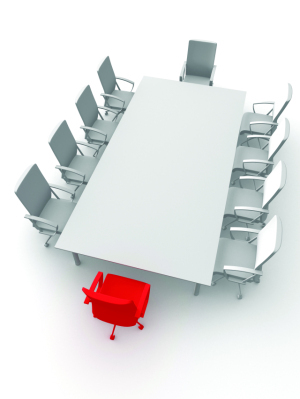 DOTmed News sat down with some of the country's leading biomeds and covered some big topics: integrating with IT departments, the impact of new CMS rules, and moving from simply fixing devices to handling the full equipment lifecycle. Here's what we're calling our first online symposium of healthcare technology management.

Way back in 2007, clinical engineer Patrick Lynch wrote “Dinosaurs of the 21st Century,” a much-discussed article published in AAMI’s biomed technology journal. It sounded the alarm for the field, warning that if biomeds failed to keep up with the increasingly networked nature of medical equipment, they risked becoming the health care equivalent of the saurians of old — outmatched by nimbler, more adaptive competitors and facing extinction. Fast-forward six years later, and you can see the trends Lynch witnessed are still going strong, and devices are more networked than ever before. “In the past, patient-care equipment’s only connection with the world was a power cord,” Lynch tells DOTmed Business News. “Except for networked bedside monitoring, there was no need for medical devices to connect with the outside world. Now, everything is talking and listening.”

Biomeds are facing new pressures, too. Just like their other peers in health care, they’re being pushed to control costs and help facilities navigate the choppy seas of national health reform. And since Lynch wrote his article, the very name of the discipline changed. Over the course of two industry meetings in 2011, “healthcare technology management” was adopted as the catch-all term for the field, partly to reflect how the profession has evolved over the past decade.
But many challenges remain, from the cultural struggles of working closer with IT departments to divisive new Medicare rules. Plus, biomeds are becoming more important than ever for a hospital’s bottom-line, getting involved in the complete lifecycle of equipment, from purchasing to repurposing. To understand what’s happening in the field, DOTmed News asked leading clinical engineering chiefs from around the country to comment on the industry. What follows is an edited account of their responses.

DOTmed: About two years ago, at a series of Future Forums hosted by AAMI, “healthcare technology management” was chosen as a new name for the field that repairs and maintains medical equipment. Part of the rationale behind the name was that biomeds no longer can just have a supporting role they’re playing a more active part in the life of the hospital. What do you think about the new name, and why is this happening?
1(current)
2
3
4
5
6
7
8
9
10
11
12
13