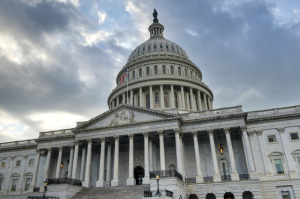 The dangers of high-level radiation have been well known at least since Thomas Edison's assistant, Clarence Mason Dally, died from his exposure to X-rays. But the effects of low-dose radiation have not been as well studied.

Now the U.S. Congress is taking up a new bill that could change that.

The new Congress will reopen discussion of the issue, begun last session, with a bipartisan bill called the Low-Dose Radiation Research Act. If passed, an initial research study would be launched by the director of the Department of Energy (DOE) Office of Science that would seek to improve risk-management protocols and identify directions for further research.

A bill with similar aims was passed by the House, but died on the floor when Congress adjourned in December.

The new legislation states that, "No later than 60 days after the date of enactment of this act, the director shall enter into an agreement with the National Academies to conduct a study assessing the current status and development of a long-term strategy for low-dose radiation research."

The newly proposed study would be completed within a year and a half, and hopefully answer questions regarding the state of low-dose radiation understanding, while weighing the importance of research against projected costs.