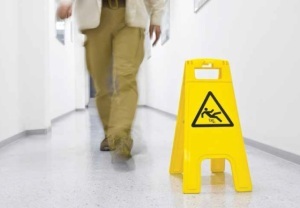 Health care safety consultant Randy Charpentier walked into his hospital client’s half-billion-dollar renovation project unannounced one day during lunch hour to find a subcontractor crew working without proper safety equipment and failing to follow basic infection control protocol. They hadn’t even sealed up an exposed overhead from an adjoining space occupied by mothers and newborns. He knew he had no choice but to stop the entire project immediately.
“The foreman told me I didn’t have the authority to shut them down because I was a consultant. I told him that I was not going to have a dead baby on my conscience and not only were they through for the rest of the day, they weren’t getting paid,” Charpentier recalled.

His next stop was the hospital administrative office where he informed the hospital executives of his decision to halt their massive five-year overhaul of the facility’s most crucial — and most infection-sensitive areas — including operating rooms, imaging procedure rooms, intensive care units and an obstetric delivery unit.

“It was a tense conversation,” he says with a laugh. “But I finally persuaded them they had hired me to be responsible for the safety of the patients, employees and contractors on this project. There was either a culture of safety or there wasn’t. And if there wasn’t, I was resigning.” By the time he finished the consulting job, Charpentier says he was able to reduce the hospital’s infection rate related to construction to zero.

Charpentier, who is president of HealthSafe New England and has held management positions in-hospital and workers’ compensation insurance providers, shared his story to highlight the best tool in preventing workplace mishaps: a culture that values injury prevention. While staffers are usually the ones hurt on a job site, patients and customers can also be impacted, which often leads to lawsuits. It seems there is never enough of a budget for safety, but when something bad happens, money cannot be spent fast enough.

A 2012 UC Davis study placed the direct and indirect costs of occupational work injuries and illness at $250 billion a year. This expenditure, according to the report, is higher than annual costs for three other major disorders, including cancer ($220 billion), diabetes ($175 billion) and strokes ($63 billion).

A lack of organizational commitment to preventing on-the-job injuries nearly always manifests itself in obvious ways. “I can walk into a company and within five minutes tell you if that company has a safety-based culture or safety-avoidance culture,” says Charpentier.
1(current)
2
3
4