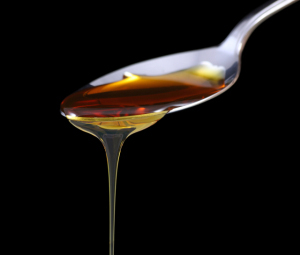 A team of researchers from McGill University in Montreal, Canada have looked to North America's maple trees and uncovered a sappy new ally in the fight against bacterial infection.

Maple syrup contains naturally occurring phenolic compounds, which have antiseptic and antioxidant properties that help plants defend themselves from pathogens. To test the compounds' impact on bacteria, the researchers purchased the popular sweetener from local markets and preserved it in a freezer.

When they were ready to conduct their experiments, they extracted those phenolic compounds from the syrup and applied concentrations of it directly to various infection-causing bacteria, such as E. coli and P. mirabilis.

Although moderately effective on their own, the compounds were significantly more useful when paired with antibiotics — particularly when it came to destroying sticky molecular globs of bacteria called biofilms.

The extract affected the bacteria by repressing a number of genes linked with antibiotic resistance and virulence. The researchers hope the combination could lead to lower antibiotic doses and, in turn, help curb the global proliferation of drug-resistant bacteria.

"The findings suggest a potentially simple and effective approach for reducing antibiotic usage," said professor Nathalie Tufenkji, lead researcher. "I could see maple syrup extract being incorporated eventually, for example, into the capsules of antibiotics.”

Recent findings out of the University of Nottingham in England have also yielded unusual insight into the fight against bacteria. They showed that a 1,000 year old eye remedy could be more effective than traditional antibiotics in fighting MRSA superbug bacteria.

As with the scientists at the University of Nottingham, the McGill University researchers made their discoveries from working with lab-based colonies of bacteria — but they hope to illustrate the same outcomes with their maple syrup extract on human infection patients.