Study reveals pricing for cardiac angioplasty can vary by more than $50,000 in a single market 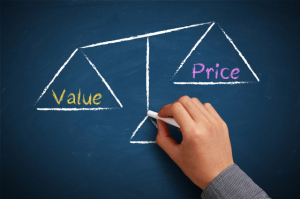 Hospital charges for angioplasty, a common procedure to clear clogged arteries in the heart, can range from as little as $15,494 in Birmingham, AL to as much as $61,231 in Sacramento, CA. Such were the findings of a national study conducted by Blue Cross Blue Shield Association (BCBSA) and Blue Health Intelligence.

By looking at the 100 largest markets in the U.S., the researchers found costs tend to be higher at hospitals that do the procedure more commonly.

“We will continue to release important information designed to reveal opportunities to improve the U.S. health system,” Dr. Trent Haywood, chief medical officer and senior vice president for the Office of Clinical Affairs for Blue Cross Blue Shield Association told HCB News. “The variation of costs for angioplasty procedures is one such example.”

Because health care is delivered locally, Haywood said there is a wide range of competitive dynamics and cost pressures in every market. The study is part of the cost transparency tools that patients can use to comparison shop, get cost estimates, review doctor quality information and get patient reviews.

Angioplasty cost the U.S. health system more than $10 billion in 2014, according to a 2015 American Heart Association report. The approximately one million angioplasties performed annually put the procedure in the top ten among health care costs.

“Although some cardiac patients are not in a condition to shop for the procedure, the data shows that many whose condition is less than urgent have the ability to consider both quality and cost as they choose the best facility for their care,” added Haywood. The cases included in the BCBS study were exclusively non-emergent angioplasties.

Charges can range widely even in the same market. In the Los Angeles-Long Beach, CA market, for example, there is a 532 percent difference between the provider with the lowest charges - $10,749 - and the hospital with the highest charges - $67,937.

Further, in the top five high-variation markets, high-cost facilities performed a significant portion of the angioplasties. In each of these markets, the data indicates that there are hospitals with just as good quality outcomes and much lower pricing.

According to Haywood, there are nearly 250 providers nationwide designated as “distinction centers" — a label indicating they are 20 percent more cost-efficient than non-designated centers. Most of the markets studied had at least one of these designated providers.

For Haywood, sharing this data is vital to meeting the goals set under the Affordable Care Act.

“It’s important to continue shifting health care payment away from the traditional fee-for-service model. BCBS companies across the nation now spend about one in five medical claim dollars in programs that provide incentives for better health outcomes while reducing costs and waste.”