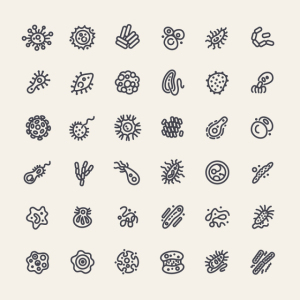 A study published in the most recent issue of the American Journal of Infection Control about incomplete disinfection of colonoscopes and gastroscopes coincided this week with the release of new FDA sterilization guidelines for duodenoscopes, a different device.

This coincidence could possibly create confusion among patients.

“Our study did not include duodenoscopes which are used in advanced ERCP procedures that made the news earlier this year because of infections and deaths,” Dr. Pritish Tosh, an infectious disease specialist at the Mayo Clinic told HCB News. “Our study looked at colonoscopes and gastroscopes – these do not have the elevator lifting mechanisms of the more complex duodenoscope,” he said.

“Nonetheless, there were some important things we learned about the effectiveness of the currently recommended protocols for high-level disinfection of these devices,” he added.

According to a statement from the Association for Professionals in Infection Control and Epidemiology (APIC) about the study, viable, residual organisms remained on colonoscopes and gastroscopes after prescribed cleaning protocols, although bacterial transmission or subsequent infection was not assessed in this study or other studies looking at gastroscopes or colonoscopes, according to Tosh.

“This is a foundational study, a lot more research needs to be done,” stressed Tosh. “The results indicate that current recommended protocols do not completely remove residual microbes. How this translates to risk of transmission to patients is not known and needs further investigation. I would not want any patient to interpret this study as a reason not to have a colonoscopy screening recommended by their doctor. Screenings save lives.”

The separate FDA announcement was made August 4 on new cleaning protocols for the duodenoscope used in half a million advanced gastroenterology procedures a year known as ERCP. According to the FDA there have been eight outbreaks of antibiotic-resistant bacteria linked to the devices at U.S. hospitals since 2013, some resulting in death. Recent news reports about these infections have raised general awareness about all medical scope device safety.

Commenting on his study of gastro and endoscopes, Tosh noted several potential limitations of the study. Most notably is that it is a single-site study and may not apply nationwide.

“There are many studies that have been done and are underway around the matter of scope reprocessing,” said Tosh. “This kind of research helps to improve quality of care and should not alarm patients. They should follow their doctors’ advice.”