Hospitals are participating in fewer health insurance networks in 2016 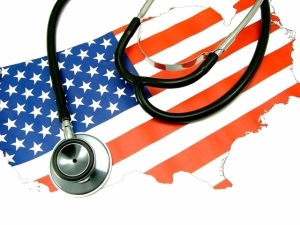 Top hospitals and doctors appear to be limiting the number of insurance plans in which they will participate under the Affordable Care Act (ACA) — and while that may validate claims that the ACA does not foster health insurance price competition, a study out of the Robert Wood Johnson Foundation (RWJF) suggests this trend may simply be part of normal market evolution.

“I actually think it is more positive than negative for the ACA. It shows that access to desirable hospitals remained high in 2016 for marketplace plans, although there is some evidence that it is declining,” Katherine Hempstead, Ph.D., director and senior program officer at the RWJF and study author told HCB News.

“Most consumers continue to have access to the hospitals and doctors they want through their insurance plan networks, although they might have to pay a little more in some cases," she said.

There has been what Hempstead described as, "much anecdotal information" concerning the allegedly shrinking choice of hospitals and associated health networks. She designed and conducted the study to put a number on any such trend.

Because a federal database is not yet complete due to missing insurer data, she used a data set from the U.S. News & World Report list of best hospitals.

“The current health insurance market does appear to have some headwind,” she said. “The supply for health care might change, but the demand from customers is still there.”

Network participation among hospitals declined more in metropolitan areas of the country, according to Hempstead. Despite that, all the highly ranked hospitals in the U.S News database participated in at least one of the area insurance plans.

According to government statistics, in 2016 12.7 million people signed up for insurance under the Affordable Care Act (ACA) or had their insurance automatically renewed. Most of the sign-ups – 9.6 million - used the federal marketplace.

However, the study may indicate that many of these customers may not have access to top hospitals and doctors. As insurance companies work to negotiate premium prices down, the best providers appear to be opting out of certain plans.

Hempstead’s report noted that changes in insurance plan participation could happen for various reasons. The insurance carrier can become financially insolvent, which was reported in some markets. Or the insurer and the hospitals may not be able to reach financial terms. Also, a carrier may chose not to participation a particular market, such as Cigna’s decision to withdraw from Florida in 2016.

Hempstead told HCB News that the insurance marketplace under the ACA continues to evolve. She said one of the biggest challenges of the ACA for insurers are sign-ups allowed under the special enrollment periods. These can allow consumers to “strategically sign-up” for health insurance when they become ill or drop their coverage in the last two to three months of the year.

“That isn’t really how a group plan is supposed to work,” said Hempstead. “So I think we’ll see some government tweaking of the open enrollment periods in the future.”