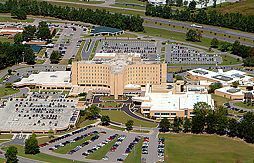 “The biggest illusion is that we (nurses) are communicating with each other,” Victoria Brock, BSN/RN, coordinator of nursing and clinical informatics at Nash said at a HIMSS session, ‘Deploying Smartphones With EMR Intelligence?’

The solution they put in place – with the help of buy-in from a shared governance committee – was to deploy Android and Apple smartphones in the ER that interfaced with information from the electronic health record (EHR). The success of instant communication around such stats as lab results and bed assignment was striking.

The ER reduced length-of-stay by 27 minutes, reduced waiting times for an inpatient bed assignment by 57 percent, and met a goal of getting any patient to the toilet within two minutes of the call button being activated. This process improvement success was credited to the ER serving more than 1,500 additional patients a year and generating more than $1.5 million in new revenue.

Not surprisingly, patient satisfaction scores and patients-left-without-being-seen also improved dramatically, according to Brock.

The technology proved to be so effective, the programs was rolled out to several other departments. Brock said that, for example, the phones helped nurses at the hospitals off-site inpatient rehabilitation unit reduce the preparation time for getting patients prepared to transport for imaging studies by 3.5 hours.

Brock also credited shared governance – a committee of hospital administrators and frontline caregivers who make decisions together – as vital to the smartphone success. The Shared Governance Committee identified several upfront issues that had to be agreed upon before the smartphone program could proceed.

“If you don’t ask the nurses who do the work their opinion, no program will be a success,” Brock told HCB News. Still, she advised the large audience –who lined up to ask her questions after the presentation (photo) – to “make sure you bring data with you” anytime you want to roll out a new program.

“I realized I was trying to fix a problem that already existed,” Brock said. By listening to the floor nurses and changing some the some of the alerts, the buy-in on the medical-surgical floor improved dramatically in a few weeks.

Phone calls to the medical staff and other providers also began to decline, replaced by texting orders. As a result, verbal orders – which can lead to medical errors –also declined. This trend, Brock said, seems to offer a new protocol for orders that they are studying.

She also said, in response to a question, that no data is stored on the phones. Instead data is kept on a secure server with “window pane” viewing only.

Both the ER’s parent health system and the Joint Commission have recognized the success of the program for its innovation and improving patient care.