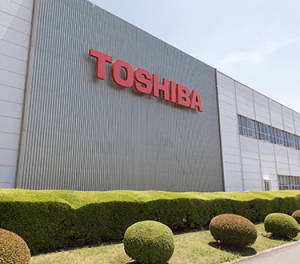 Canon beat out Fujifilm Holdings Corporation for the business, with a bid of over ¥700 billion yen ($6.21 billion) and expectations that limited overlapping in their companies will lead to a smoother antitrust screening process, according to a report by Nikkei.

Canon and Toshiba are now entering exclusive talks to iron out the details of the transaction, and if the offer from Canon is confirmed, it would represent the company's biggest acquisition ever. The Wall Street Journal has reported that the companies expect to reach a definitive agreement by March 18.

Toshiba is selling its medical business — which turned a profit of ¥405.6 billion yen, ($3.6 billion USD) in the financial year ending in March 2015 — to help offset damages from a $1.3 billion accounting scandal that surfaced in July involving overstated profits and false bookkeeping going back as far as 2009.

At the end of 2015, Toshiba estimated a net loss in the year ending in March to hit a record $4.5 billion. That included a $1.2 billion restructuring cost brought about by the accounting scandal, the New York Times reported in December.

The decision to sell to Canon was reached after an executive meeting, and followed two rounds of bidding, in which the crowd of prospective buyers thinned out. The second round of bidding closed last Friday and, although Konica Minolta remained in the running, Reuters reported the contest had effectively narrowed down to two companies.

"It's a one-on-one right between two old guys with a lot of pride and neither wants to back down," an unnamed source told the news outlet, referring to Shigetaka Komori and Fujio Mitarai, the leaders of Fujifilm and Canon, respectively.

The speculative price tag of the transaction increased as the bidding process wore on, as Toshiba indicated it would sell the entire business instead of a majority share. The final size of the sale was reportedly an issue to be finalized during last week's second round of bidding.
1(current)
2