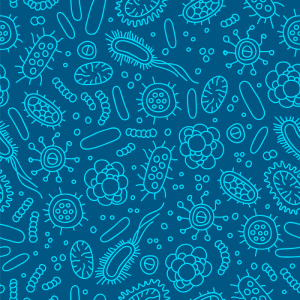 The dangerous Pseudomonas aeruginosa bacteria, which led to the closure of the NICU at Maryland's Prince George's Hospital Center on August 9 after indications that three infants had come into contact with it, showed up in water pipes at the institution last week.

Nine other infants have been moved from the NICU to Children's Hospital National Medical Center in Washington, D.C.

“The bacteria were detected in four NICU sinks and two others, officials announced at a Friday news conference, according to Fox 5 in DC. The sinks were taken out of the facility for treatment, they added.

"We have taken care, in our NICU, of 116 babies this year," Sherry Perkins, executive vice president and chief operating officer of the hospital's owner Dimensions Healthcare Systems, noted. "These babies are especially precious to us and their families are especially precious to us, and it saddens us as a team to ever lose a baby. In this year, 2016, seven families from our NICU have had babies that did not survive and our caregivers grieved with these families. These premature babies had complex medical problems and some were as small as one to two pounds. Epidemiologists and neonatal experts are investigating any links between the deaths of any babies and the presence of Pseudomonas and the NICU water supply."

The hospital stated that the presence of Pseudomonas, now found in a second care area other than the NICU, came as a result of “continuous water sampling and testing.”

The discovery led to additional disinfection and plumbing treatment and “new water treatment in the unit, as well as new water filtration in the NICU and hospital-wide water treatment,” <"http://www.medscape.com/viewarticle/867595" target="blank">according to Medscape.

"We are taking a very methodical and collaborative approach to our investigation and remediation and will follow the science where it leads us," said Perkins.

“Our epidemiologist continue to investigate any links between the deaths of these babies and the presence of pseudomonas in our water supply,” she emphasized at an August 19 press conference, according to the Washington Post, adding “we don’t have the answers to that yet.”

That said, Perkins stressed that the anti-infection practices at the hospital are the same as those used by other institutions. “It is not a gap in those practices that led to this,” she told the Post, stating that at this point they are trying to determine “how there would be this transmission from our water to these babies.”

“The best determination we can make from this, as we have done the investigation and mapped the plumbing, is that it was in the pipes from the water system that leads to the NICU.”