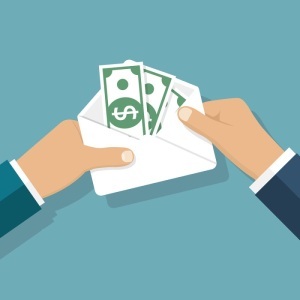 Tenet Healthcare has been slammed with more than $513 million in fines to resolve criminal charges and civil claims related to a kickback scheme involving patient referrals for expectant mothers.

“Our Medicaid system is premised on a patient’s ability to make an informed choice about where to seek care without undue interference from those seeking to make a profit,” John Horn, U.S. Attorney of the Northern District of Georgia, said in a statement.

“Tenet cheated the Medicaid system by paying bribes and kickbacks to a pre-natal clinic to unlawfully refer over 20,000 Medicaid patients to the hospitals. In so doing, they exploited some of the most vulnerable members of our community and took advantage of a payment system designed to ensure that underprivileged patients have choices in receiving care,” he added.

In either case this left them “with the false belief that they could not select the hospital of their choice,” according to the government.

Georgia Attorney General Sam Olens said in a statement that, “through this scheme, Tenet defrauded the Georgia Medicaid program by hundreds of millions of dollars.”

The two facilities were charged with conspiracy to defraud the government and violating the prohibition against payments to induce the referral of patients for services paid for by federal health care programs.

Some pregnant women had to travel long distances to Tenet hospitals, “placing their health and safety, and that of their newborn babies, at risk,” according to the DoJ release.

Tenet stated that it has altered its referral policies, according to Reuters.

“The conduct in this matter was unacceptable and failed to live up to our high expectations for integrity,” Trevor Fetter, Tenet chairman and chief executive officer, said in a company statement.

“The relationships between the four hospitals and Clinica de la Mama [which ran the clinics] violated the explicit requirements of our compliance program and were inconsistent with the strong culture of compliance we’ve worked hard to establish at Tenet,” he added. “ We take seriously our responsibility to operate our business in accordance with the highest ethical standards, every day and in every interaction.”
1(current)
2