Abbott in $1.2 billion deal to sell device businesses to Terumo 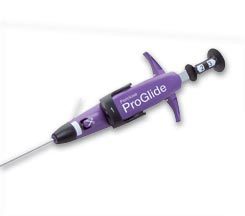 The transaction depends on the successful completion of Abbott's acquisition of St. Jude Medical and antitrust regulatory approvals, according to an Abbott statement. Plans call for the sales to Terumo to happen after the St. Jude Medical-Abbott deal finalizes. If that merger doesn't happen then the Terumo deal would be off, the company stated.

The hope is that the deal will help address some of those antitrust issues, according to The Street.

In April, Abbott announced it would be acquiring St. Jude Medical for a total purchase price of around $25 billion.

"Bringing together these two great companies will create a premier medical device business and immediately advance Abbott's strategic and competitive position," Abbott CEO Miles White said at the time. "The combined business will have a powerful pipeline ready to deliver next-generation medical technologies and offer improved efficiencies for health care systems around the world."

In September, Abbott Medical Optics went to Johnson & Johnson for $4.325 billion in cash. White noted at that time that the company had “been actively and strategically shaping our portfolio, which has recently focused on developing leadership positions in cardiovascular devices and expanding diagnostics."

“A lot of people in the market are going to look at this and say this will preclude [Abbott] from having to do [an] equity raise, which investors would like,” Bloomberg Intelligence analyst Jonathan Palmer noted at the time. “It makes the financial aspects of both [the Alere and St. Jude] deals easier to manage or swallow.”

Shortly after that sale, however, the $5.8 billion Alere deal got into trouble.

Alere was hit with a pair of legal entanglements: a "foreign corruption investigation" subpoena over alleged payments in Asia, Africa, and Latin America, and a "government billing practices" investigation by the feds of its toxicology unit over alleged inducements to doctors.
1(current)
2